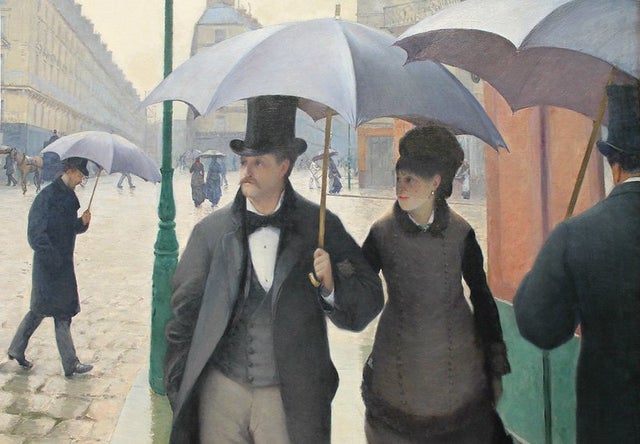 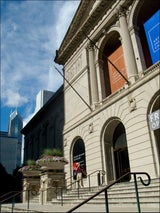 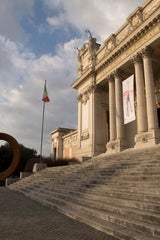 If you wish to take part but are unable to attend the series live, please select the recording only option below.

All students will be given access to watch our video playback service of this talk for 30 days.

ArtTalk details
Following on from Martin's talk 'The Art of New York City' earlier in the year, this fascinating seven-part series will look at some of the world's other important art destinations. In these talks Martin will look at artistic treasures from six great cities; Florence, Rome, Amsterdam, Chicago, Madrid and Paris.

Using original photographs of many of the superb artworks taken at art galleries, museums, studios and churches, Martin will point up some of the most significant artists and characters that have shaped these places over centuries. Whilst well known art will be included, it is hoped that some of the lesser known delights will also be illuminated for you.

Where possible Martin will use the artists own perceptions and visions of these places and the locations that inspired their art. As always Martin sets the art in its historical context and links it with the events that shaped the modern world. He will also provide a list of helpful books and links to further explore on a PDF following each talk.

Florence
Florence is without doubt one of the best places to engage with the Renaissance. The Uffizi Gallery contains some of the most wonderful paintings and sculptures from that city’s golden age. The city’s many churches, civic buildings and chapels are crammed with art. Martin picks out some highlights and tips for travellers.

Rome
The "Eternal City" has been a destination for great art for millennia. In this overview Martin looks at art, both ancient and modern, to be enjoyed in many settings throughout the city. Martin also looks at highlights from the Villa Doria Pamphili, the Modern Art Museum, and the Vatican City Museums.

Amsterdam
Both the Rijksmuseum and the Van Gogh Museum contain some of the most remarkable paintings in Europe. Amsterdam offers plenty of exciting art destinations. Martin looks at the development of art in the city and some of its leading exponents from the past five hundred years. The talk is an overview of Amsterdam’s importance as a city of great artistic significance.

Chicago
Second only to New York; on the shores of Lake Michigan, Chicago boasts one of the finest collections of art and exciting modern architecture . Martin used many of his own photographs taken over the past twenty years. Martin takes a personal look at Chicago and mentions a few contemporary artists he has met there.

Madrid
Madrid is one of the most celebrated destinations for art lovers with very exciting museums such as The Prado and the Rene Sophia. The Royal palaces and the close links with El Escorial are an important part of this presentation.

Paris (part 1)
The Louvre is possibly the greatest museum in Europe with paintings that are among the most celebrated in western art. In part one part in looks at Paris in art up until 1850. Martin covers many of the paintings that directly connect with the history of Paris and its establishment as the leading city for art in the nineteenth century.

Paris (part 2)
Martin examines some of the highlights of Paris from 1850 onwards the great paintings of the impressionists, and Musée d'Orsay. The studios artists atelier the Rodin museum. Pompidou Centre and  modern art.
​website design and content ©simon & yvonne sonsino 2020